Meet the happiest huskies in Lapland

Take a look inside a Rovaniemi husky farm that is doing things right. 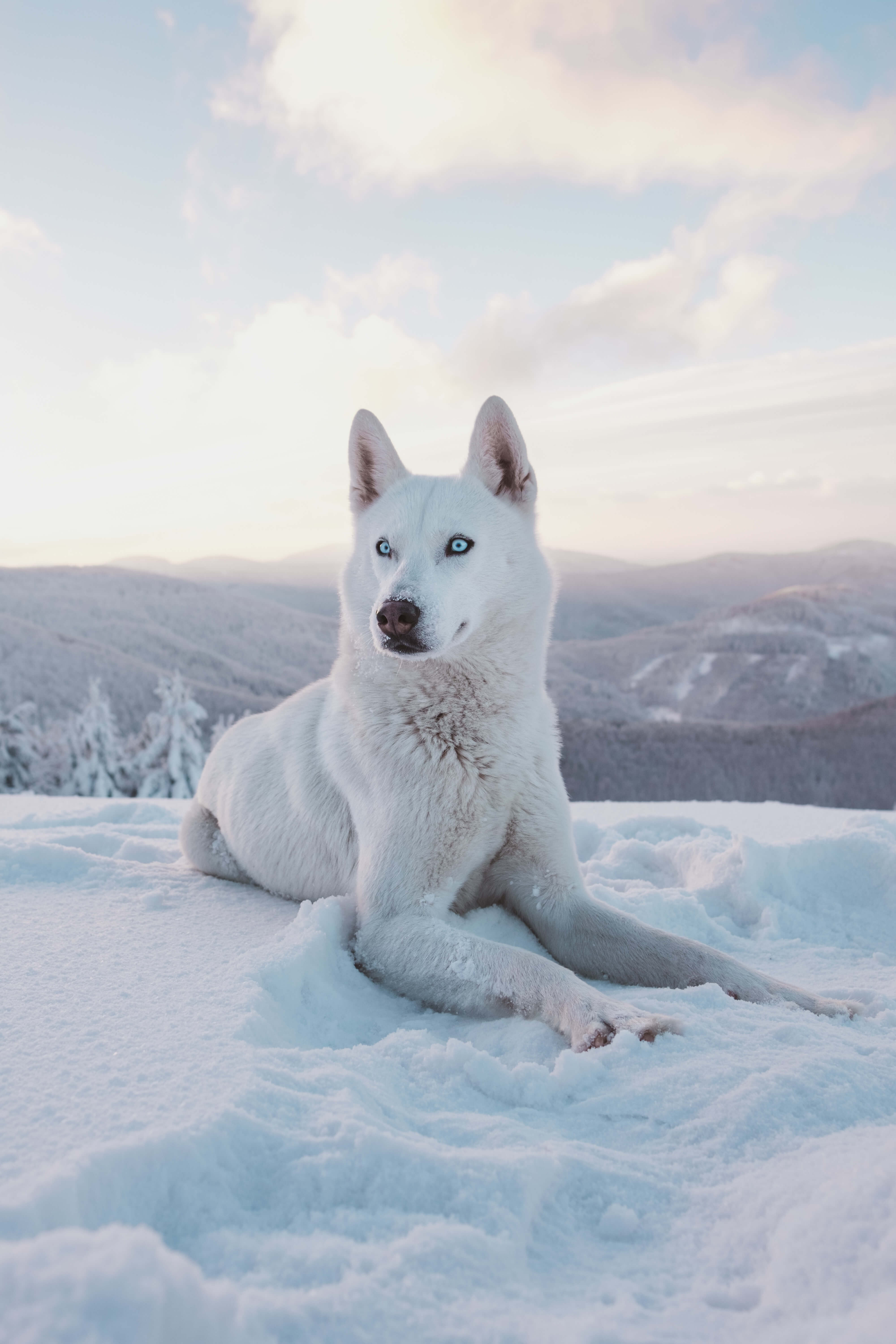 Head north from the city center of Rovaniemi, and after about 15 kilometers you’ll find a peaceful forest, where the prevailing silence is only broken by the occasional woof or howl.

When you arrive, you’ll be greeted with a level of enthusiasm that is rare among humans – a whole pack of husky dogs jumping up and down, as they wait for their turn to be petted and caressed.

This beautiful woods by the river is home to a handful of huskies, and a closer look into their lives quickly reveals that they are some of the happiest ones you’ll ever meet.

The ranch is run by two native northerners in their twenties, who’ve both had a fascination with huskies since childhood. Inka is a photographer and all-around media creative, who has an athletic background in freeskiing. Jussi is an entrepreneur at heart – in addition to Shaman Huskies, he has co-founded a clothing brand in the past.

The pair represents a new generation of outdoor explorers, who are driven not only to take people on unforgettable adventures, but to inspire and encourage everyone to take action towards protecting the environment.

A good example of the founders’ ecological mindset is their membership in the Finnish branch of Protect Our Winters, an international organization which aims to mobilize the outdoor sports community towards climate action. For Shaman Huskies, this makes a lot of sense. Since huskies thrive in cold temperatures, effective climate action is crucial for them.

“I've seen a lot of different ways how to run a husky safari and none of them were for me really.”

Popular hits among tourists, huskies have grown to become economically important in Lapland. Today, the northernmost area of Finland has around 4,000 huskies on 50 husky farms, generating millions of euros in combined revenue.

The direct income doesn't capture their economic importance completely, however. Huskies and other animals are also a prominent part of the marketing imagery of Lapland. It’s hard to imagine a visit to Lapland without huskies or reindeer.

Jussi has worked with huskies before and seen many ways of running a husky farm. Unfortunately, the dogs are not always treated as they would deserve. Many farms think of huskies as production animals, which results in overcrowded farms and poor living conditions.

Right from the start, Inka and Jussi were determined to do it better. They set out to create the happiest environment for their huskies, doing everything as ecologically as possible. A place where these majestic, wolf-like creatures can thrive to the fullest.

“We wanted to create a platform for these beautiful animals to be what they're really like and express their true colors in the most authentic way.”

So, how are they doing it better?

First of all, knowing that huskies need a lot of room to move around, Jussi and Inka made a point of investing in spacious living grounds. Even better, the dogs are not always confined to their fences, but get to run freely on a regular basis.

Second, Jussi and Inka keep the pack size small enough for them to know all the dogs as individuals. Amazingly, they recognize each husky just by the sounds of their woofs, barks, and howls – no easy feat when there are 35 dogs running around.

Here the huskies are family members and treated as such. This caring mindset really shows when you visit the ranch.

If a dog is feeling distressed, Inka and Jussi will know right away. No one is forced to run, when they don’t feel like it. If a dog is feeling under the weather, she can have a proper rest for as long as she needs. What's more, all the dogs have at least one day off every week.

Thanks to this loving environment, each dog at Shaman Huskies gets to live a happy life full of adventures in the arctic wilderness. Jussi and Inka set a great example of how to run a husky farm, and we're so pleased to have them as members in our community.

Take a look at the wolfpack and their daily life below.

"Hyena is our hyper-active girl who just loves to run and play around. You will get amazing photos of her because of her ever-changing facial expressions – if you can catch her first."

"Blacky likes to smile, a lot. He is an extremely kind and calm fellow. Blacky and Hulkki are our malamute-husky mix brothers."

"Hulkki, 'The Incredible Hulk' got his name because he was literally green when he was born. Nowadays he is also big and strong, so the name suits him perfectly."

"Siru is our singer and she has a very special way to greet our guests. Siru has been taking care of Blacky and Hulkki after their mother passed away when they were newborn puppies."

Here's Harmaa (‘Grey’ in English) – a half-wolf with a bit of Hollywood glamour under his belt. In 2012, Harmaa made an appearance alongside Liam Neeson in the thriller The Grey.

"Our fluffy puppy Lotus got her name from the flower-shaped pattern she has in her forehead. She is very energetic, but she also enjoys being a lapdog."

"Mars is a very lively dog and he sounds like an alien sometimes. He has that 'Husky sound' if you've seen or heard funny videos of huskies online."

"Luci is the ballerina of the pack. Despite her age (born in 2008), she is very playful and lively. Luci is a great mentor and a good role model for younger leader dogs."

"A rare moment – Hyena staying still for the picture with Inka! She's our hyper active girl who just loves to run and play around. You will get amazing photos of her because of her ever-changing facial expressions (if you can catch her first). This little elf just never stops surprising us."

The pack in their element. The dogs closest to the sled are called wheel dogs, the ones in the middle team dogs, and the ones in front leader dogs. You'll learn this and much more when visiting this amazing ranch just outside of Rovaniemi, Finland.